While spending my last days at my country and not working on an interesting project to blog about, I thought a post about how I happen to be what I am today is in order. While reading a blog post by Richard Banks, I was inspired to write my Geek Origin Story, a movement initially started by Michael Kordahi.

My dad used to work in department of power as an engineer as far as I can remember. I used to go with him to all power stations all around the country so eating out with other engineers and playing around gas turbines was something I was used to. Later when personal computers were taking off they grabbed one of the Siemens computers - they already had a lot of contracts with Siemens - and it was sitting there collecting dust in an office at the same floor as my dad’s. The curious geek in me was getting itchy.

When I was only nine years old, on his visit to Italy my father brought home the best gift ever! A Casio PB-700 computer with four 4 KB memory modules, and it was attachable to an extension unit with a tape drive and a printer. With BASIC programming language built-in opportunities seemed endless. Ain’t that a beaut? 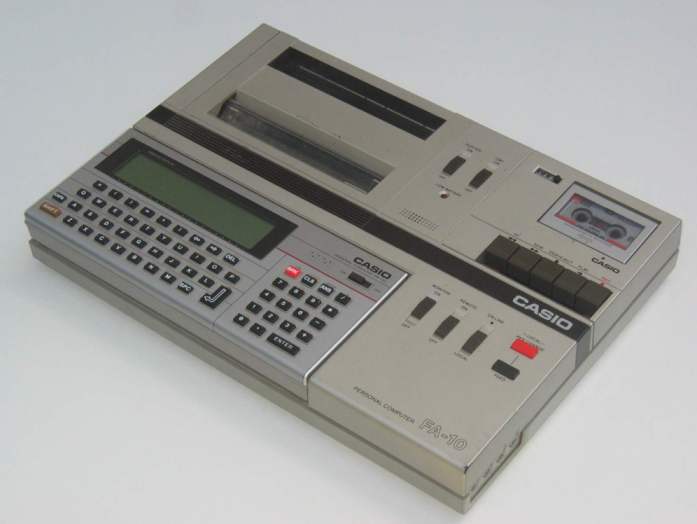 Unfortunately the manual was in Italian, but I started pushing the program samples into it and somehow deciphered how it worked. Soon I was heading to my cousin’s computer bookshop - almost one and the only bookshop dedicate to selling computer books in the capital city - to borrow or read a book or two. Around that time ZX-Spectrum were becoming more common and it supported another variation of Basic language. I had very hard time adjusting the samples for ZX-Spectrum books to run on my Casio computer but I managed to do it to some good extent and did a lot of PEEK / POKE in the making.

My next big computer was an Amiga 500. This one had a lot more juice in it and you could program it with C/C++, various Basic dialects, Pascal or other languages such as Oberon and Fortran - I barely knew any of them - but it also had a giant GPU so it suited very good for graphic applications. You see, personal computers back then mostly had a monochrome display and a command base OS while Amiga 500 had Graphical User Interface (GUI), a very rich music channels and a decent full-color monitor, so I was in for a good ride. This meant lots of Games, Music and Graphics, and did I mention games? 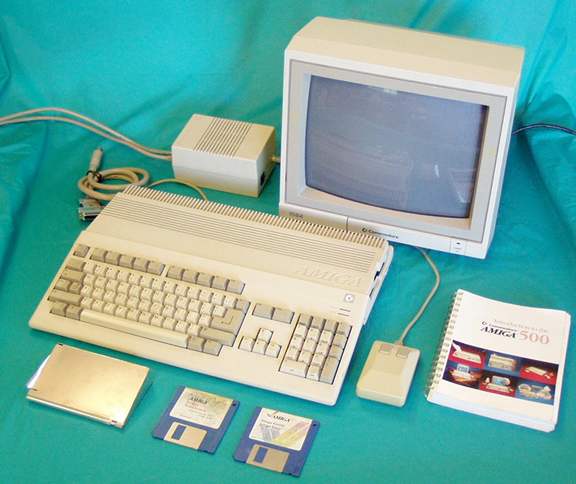 Once I was in high school my father ordered a 80-386 PC computer, with a 5 ¼” and 3 ½” floppy drives and 10 MB of hard disk! No it didn’t even have a mouse and no UI based OS. It ran MS-DOS 3.0 and it looked archaic comparing to my Amiga 500, but from the looks of how things were moving forward it seemed to be the future so I started reading more books and my cousin’s bookstore was a more common place. One of the best professional books I read was Dennis Ritchie’s C programming language that put some sense into my brain.

By the time I was finishing high school, I helped the school’s network administrator in removing the viruses or setup networking. After high school, being so fond of languages, I decided to study English language at university and learned French and Spanish - although not as good as I intended - in the process. Now although some find it strange and some other find it flat unacceptable, I see studying real languages has helped me lean computer languages and achieving my principal goal, which would have been next to impossible otherwise.

Well that was my geek story…what is yours?